What's Not to Love?


Mistress Blaze – First of all, i LOVE, love, love You! i had a great session with You. You are a doll (if that makes any sense to say to a Domme). Positives: EVERYTHING. Negatives: none. 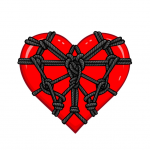 The testimonial you requested could not be found. Try changing your module settings or add some new testimonials.


You are drop dead gorgeous and You were amazingly Dominant. i surrendered to You as soon as i walked through the door.

i look forward to serving You again soon – worshiping Your feet and Your hands – and i will beg that You gag me deeply with both. Thank You for allowing me to serve You. 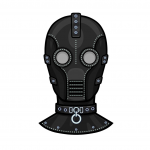 Better Than I Ever Imagined

my big request was to be able to beg You for more when i really could not take any more, and that was exactly what i got to do. THANK YOU. Also, it happened in a slightly different way than i was expecting, and put me in a different (better) mindset, which i did not really appreciate until i got home.

my past experiences (with other Dommes) was to – hopefully – work up to a limit, which is awesome and a turn on. However, yesterday with You was different. i asked to be able to beg You for more, which i thought may only happen once, but You asked me repeatedly if i wanted to stay. The first couple of times You asked, i was not near my limit. But that set me up for several occasions when i KNEW i could not take any more, and then You whispered in my ear, asking me if i wanted to leave, while sounding so happy about causing me the pain i was in. The first time You did that, it was very erotic and it was easy to say yes. The second time (as i was really struggling to hold it together) You sounded even happier. Although i knew You would do the same again, it was such a turn on that i did not care, and it was even easier to beg You to let me stay so You could do more to me. That is my new happy place 🙂

For me it was a totally different dynamic (than previous experiences with other Dommes) and completely awesome. THANK YOU again.

The caning on my feet was the most intense pain in the session and totally brutal. That smaller cane is a killer. When You did that in the first session, it was no where near the level of intensity yesterday – if it had been, i may well have asked for less of it after O/our first session. Now with the dynamic of yesterday's session, feet caning is something i would like to further explore with You, and next time push it even further. Perhaps restricting my ability to move my feet even more, so there is no where for me to go – while i hear Your laugh as i struggle, just before You whisper in my ear, asking "do you want to leave?"

The breath play. OMG. The first time You put the bag over my head, i was nervous. However, then You got close and it felt, for lack of a better word, intimate. And getting to look into Your eyes was fantastic. i loved being able to release at the end of the session while doing the breath play – kind of humiliating – and being free to stop You if i wanted, but submitting and feeling anxious while You did it, was great. HOWEVER, having my arms and legs tied and being unable to move on that chair was on another level, so nice to be completely at Your mercy with something so simple as a bag is awesome. 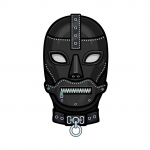 I'll Only Serve Her

i wouldn’t want to serve anyone else and i’m excited about the plans She has for me.

As She kicked-off O/our first session, Her fingernails dragging across my skin, working their way up and down my body, complementing the scratching sensation with Her sensuous breathing in my ears – and sending shivers down my spine – i knew within moments that She is who i wanted to serve!

It’s been 18 months since O/our first session, and during that time i have experienced all sorts of kinks under the guidance of Mistress Blaze, who is not only incredibly beautiful but, more importantly, intelligent. Mistress Blaze always provides a safe environment to explore my dirty desires and experience Her delightfully evil creativity. Drawing upon Her wisdom and experience, She knows exactly when to push my limits, and exactly when to back off.

i genuinely adore Mistress Blaze for who She is, what She stands for, and the opportunity She provides to explore my proclivities. i didn’t realize it then, but when i look back on that first session, it was the moment my journey truly began – changing my life for the better by allowing me to explore my true self – i am so thankful to Her for this gift, and hope to serve Mistress Blaze for many years to come. 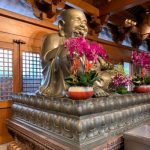 
Thank You so very much for very literally making my dreams come true! You were everything i've ever longed for in a Domme and more, from Your otherworldly beauty, down to every word You said to me. i wish i had told You in advance, but wanted to share that i have a fetish for women's forearms... it's a bit difficult to explain, but look no further than Your arms for an example of what i consider perfection.

Despite my nervousness, You planned a perfect scene for me and i felt expertly managed. i stripped and admired the marks You left as soon as i got home, and between those, my tender, tender nipples, and sore birthday a$$, i came away with much better keepsakes than a polaroid!

It may be awhile (or at least not as soon as i would like!) before i am able to request another session, but You have definitely motivated me to hustle to make sure it's not too long!

Thank You so very much, Mistress Blaze. To say that it was worth waiting for a session with You would be an awful understatement. You gave me a true gift with Your time and talent, and i feel honored to have been able to experience it. 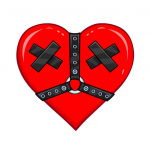 
As the week passes, i continue to revisit O/our session. Mistress, thank You for giving me a place to escape inside my mind where it’s exciting and safe. O/our session was intense, thrilling, stimulating and fun. You were perfect at pushing me just one step past my limits. i am sure this goes without saying, Mistress, You are stunning. Your physical beauty is obvious – i am perhaps not even worthy to detail the exquisiteness of Your elegance. A mirror will tell You this truth far more than i am capable. If every shiny surface graced with Your reflection could speak, they would do nothing but sing the accolades of Your beauty. You, Goddess, deserve nothing less than worship from anyone who is favored enough to be in Your presence. What absolute torture it was to be goggled and denied permission to behold the grace of Your tantalizing form.

Aside from Your obvious physical beauty, Your intellect and charisma are befitting only to someone with Your magnetism. Your control of the session, confidence and true awareness of my limits, reflect a brilliance that only You possess. Especially memorable are the words You chose to speak. Since I could not see You, Your voice had all the power, and I enjoyed every syllable You declared. These words return to and thrill me often. Though I am not worthy, i will try to speak more in O/our next session (if You permit it). You are a true Goddess, and i appreciate your decision to grant me Your time. i am eagerly waiting for my schedule to open so that i may submit myself to You again.

error: ALERT: All content on this site (including, without limitation, text, design, graphics, logos, icons, images, audio clips, downloads, interfaces, code and software) is the exclusive property of and owned by the Company, its licensors, or its content providers and is protected by copyright, trademark and other applicable laws. You may NOT copy, download, or print the material contained on the Website for either personal or commercial use.